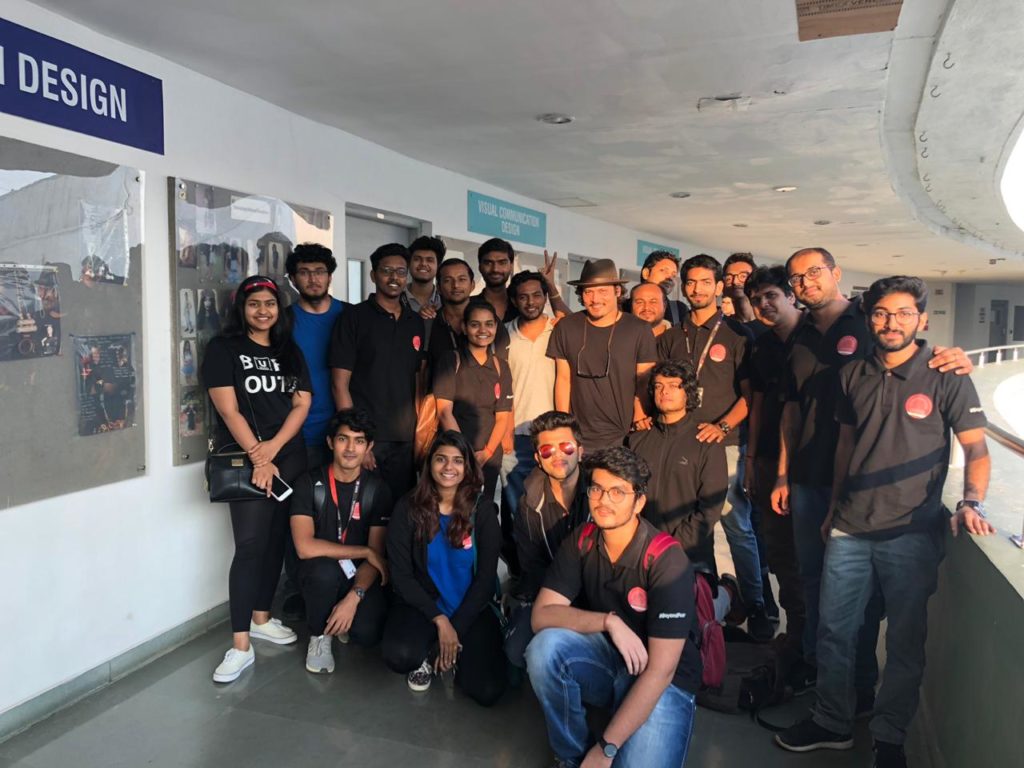 If you saw Anupam Mishra walk into a room in all his glory with his boots and hat, I doubt you could perceive the sensitive and emotional creator beneath that flamboyant, tough exterior. That’s what PKSBE students witnessed last Thursday when the romantic genius of advertising visited the institute to share his journey with them.

Abodid, the Ad film director of extremely successful films for Samsung, Sony Bravia, and Havells among many others, who also introduced the NID graduate, had one word for his session; “Enlightening”. He further elaborated on why his session was so different from others. “Most filmmakers talk about the technical part of the process, while he described how he works with the actors. He doesn’t like to take workshops or prepare them too much. He prefers to keep them within the moment.” Another fan of the way Anupam works with his actors, Kunal found it really interesting that he gets his sets and background ready before he brings in the actors, so as to create a conducive environment for them to work in.

His music sense was another hit with the students. “His father took him to classical music concerts since he was seven years old. So, he has a really good ear for music, and he uses that to compliment his ads,” said Rishabh. While Harshit admires Anupam’s talent to project emotions using the perfect blend of visuals and music, Vikas applauds the cinematic ads he creates by the masterful use of colour and lighting.

PKSBE students related to the master director in more than one way. While Akash shares the design background with him; “I could relate to him when he talked about composition, textures, and elements of design”, Abodid shares a native connection with him as both of them come from Orissa; “We talked a lot in Oriya. It’s a different connect when someone is from your own hometown.” Moreover, Rishabh understands his passion for travelling. He recounted Anupam saying how he finds Kashmir calling him so often, to shoot many of his ads.

There were several life lessons too that followed. “Make your own visual style,” Harshit read one of Anupam’s inspiring quotes from his diary. Vidya was thankful that he broke down every shot of a film, reaffirming her faith that every small detail matters. While Rishabh recalled his advice to keep taking from your surroundings and experiences, and to not burden yourself with harsh opinions, Akash appreciated his commitment towards visuals, as he gave the example of his Sony Bravia ad, where he had fifty thousand lamps lit in a step well in Rajasthan to showcase the contrast feature.

Harshit called him “A Man of Visuals”, Kunal deemed him, “Design Guru”, and considering his love for films and paintings, Akash called him an “Art Freak”. But in the end, all students agreed that he is a damn good storyteller, and a filmmaker who understands the beats of a million hearts.